Southwest Solutions is built and run by a family who is committed to going the extra mile for our customers and supporting our local community; we’ve been in the small business world for going-on 45 years—we know what it takes! We bring this, our diverse work experiences, unique worldviews, and industry expertise to the table when helping you promote you, like family. You won't find a more dedicated promotional products supplier in the southwest.

Get to know the team members you work with, and don’t hesitate to reach out to us with questions/concerns.

We’re here for you every step of the way.

Tammy was born in Albuquerque, NM and she is very happy she landed in Tucson as she is a Southwest kinda girl. Mexican food is her favorite and...

Tammy was born in Albuquerque, NM and she is very happy she landed in Tucson as she is a Southwest kinda girl. Mexican food is her favorite and green chili goes on just about everything she eats!

She’s been in Tucson for 34 years-moved here to marry Peter- and it worked since they have been married for 33 years! They have two daughters and three grandsons (who, besides her plants, are the lights of her life!), and Tammy couldn’t be happier with the direction of her life, so far! She has served on numerous boards in Tucson but her most current is the Green Valley Sahuarita Chamber of Commerce board. It’s important to her to work for (and in) her community that she loves so much. Tucson is definitely home!

She has one motto for work “Don’t do business with friends-make friends doing business”. She has lived by that motto so she now has lifelong friends and great clients. Life is good!

Peter was born in Boston, grew up in a small town in Cow Hampshire (there were more cows than people in his home town!) Showed up in...

Peter was born in Boston and grew up in a small town in Cow Hampshire (there were more cows than people in his hometown!) Showed up in Tucson in 1973 and has seen our population quadrupled since. 32 years in the ceramic business, most of which time was spent as a supplier to the promotional products distributors nationwide. This gave him the background of what we offer our customers today: print, promo prods, apparel, direct mail, and design.

He met the love of his life in 1980, told her the day he met her that they would be married one day (this is a true story!) and spend the rest of their lives together (she was married at the time, he was engaged!) It took five years, and now it's been almost 33!

Worked for other folks for a few years after the ceramic business: sold RVs for a while, designed and sold pools, and was a mortgage lender. But he just couldn’t get away from “doing his own thing”, and the entrepreneurial spirit just doesn’t seem to go away. Or maybe he has a problem with authority which he will never admit!

Peter is active in many organizations in the valley, primarily DM-50 and the 162nd Air Guardians, and he does his best to be kind, be involved, and make a difference.

Vera is a born & bred Tucsonan (with a little Texan in the middle) & crazy cat lady who’s known for her creative...

Vera is a born & bred Tucsonan (with a little Texan in the middle) & crazy cat lady who’s known for her creative randomness & foul mouth. She studied Linguistics & Gender/Women’s Studies at the UofA and obviously put both disciplines to use in the kids’ toys, cell phones, HOA, and book fairs industries. Gotta love college degrees! Vera is passionate about vocabulary, self-care, and compassion, and in her free time you’ll probably find her being active, growing things, cooking, playing video games, reading, and generally finding ways to get up to no good with her wife, Cody. She is also the President of the Tucson LGBT Chamber of Commerce (AKA "The Gaymber"), so there's a fair chance wherever you find her there rainbows will be. She's eternally excited to use her unique background and new-school thinking with emphasis on authenticity to help her clients think outside the box to find creative, effective ways to tell their stories to their audience through the physical marketing material medium—she’ll put the fun in functional, and you can always count on her to be *very* enthusiastic about anything branded!

Lee-Anne was born in California but moved to Rhode Island by elementary school age, effectively becoming bi-coastal by age 7! Living in ...

Lee-Anne was born in California but moved to Rhode Island by elementary school age, effectively becoming bi-coastal by age 7! Living in the smallest city in the smallest state quickly became no place to stay, so Tucson became home in 2002. Having an interest in pirate skulls; aka Jolly Roger, easily translated to sugar skulls of the Sonoran Desert. But there are no skeletons in her closet! Her collection is on display, in plain sight for all to enjoy. Lee-Anne loves English bulldogs and has a ‘land manatee' of her own, Stella.

Dave, also known as “Banner Boy”, can’t really claim any area of the US as his native.  Born and raised in the Mid-west, he has worked in...

Dave, also known as “Banner Boy”, can’t really claim any area of the US as his native. Born and raised in the Mid-west, he has worked in Higher Education at ASU and Harvard, managed Tucson’s direct mail Tucson Shopper and has even bartended for a stint of his life. He shares a passion for cooking, canning, gardening, online gaming and all-around projects. After recently moving into his new home with Boo, Ladyhawke and NJ, he has surprised himself with his mechanical and repair abilities…. righty tighty, lefty loosey…his alter ego Jason on the other hand, that’s a whole new story… GO Team Tammy

Hello, I’m Anne. I was born and raised in Tucson and graduated from PCC in 2007 with an Associate’s Degree in Art. I live about an hour...

Hello, I’m Anne. I was born and raised in Tucson and graduated from PCC in 2007 with an Associate’s Degree in Art. I live about an hour away from town on 10 acres of land that my family purchased in the late 60’s. With state land on one side and the Tohono O’odham reservation on the other, I enjoy the peace and quiet and watching the wildlife come through the yard. I was a graphic designer in Galveston, Texas for about 9 years. I’m now the Lead Graphic Designer here at Southwest Solutions and enjoy the creative freedom and heartfelt feedback from customers and my coworkers. It’s quite different from other work I’ve done. In my spare time, I love spending time with my wife, Kelly. We love exploring new places we’ve never been to in Tucson. We also enjoy yearly trips to Minnesota’s North Shore of Lake Superior to spend time with our friends that are basically our family. We love exploring and looking for agates with our friends. I also love visiting my mom at her lake house in Hemphill, Texas.

Missy was born & raised in Tucson. While her childhood dream was to be a Cat or a Comedian (yes seriously), she ended up being recruited...

Missy was born & raised in Tucson. While her childhood dream was to be a Cat or a Comedian (yes seriously), she ended up being recruited to play D1 Softball at the University of Delaware instead. After an injury brought her back West, she graduated from the University of Arizona with a BSBA in Marketing. BEARDOWN. There she met her STUD of a husband Ka'Deem and they have been married ever since. Chosen to join the Chicago Bears family, they moved to the Chicagoland area. After years of puffy jackets and shoveling snow, they came back to the place where the sun always shines and their hometown of Tucson.

Missy is the ringmistress of a small circus. Their family consists of 3 beautiful kiddos (soon to be 4) and 4 dogs - 2 meatballs, Yoshi the Frenchie and of course the Queen of them all, Darla. They will need to invest in a bus soon just to get around.

When she has time for hobbies (ha), she enjoys coaching little league baseball, playing softball, horseback riding, pageantry and going to the movies. While Tucson is home for them, the family just couldn't resist spending some time freezing again...in Canada, eh!?

While most of her career has been spent working in the Senior industry, she grasped the opportunity for change and joined the SWS team as Marketing is her true passion! 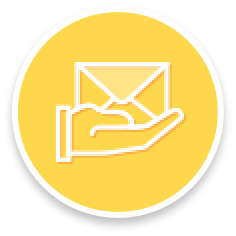 Sign up for our newsletter to get special offers, unique promotion ideas, and much more!